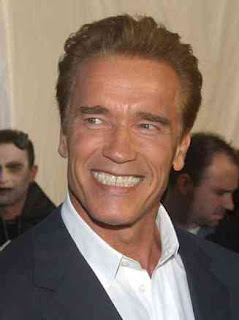 The Chron reported yesterday that Governor Schwarzenegger won a reprieve from the 9th Circuit Court, after failing to come up with the money required for fixing the medical system.

As some may recall, last month Clark Kelso, the receiver appointed by Henderson to fix the prison's broken health system, filed this motion against the Governor, arguing that the State's financial crisis could not be used as an excuse not to turn in the 8 billion dollars required for the plan. Judge Thelton Henderson stopped short of finding the Governor in contempt for refusing to turn in the money.

As the Chron reports, after a break in the proceedings before the 9th Circuit, which granted the stay, Kelso expressed more willingness to work with the Governor to find a solution.

Incidentally, while the paper suggests that part of the problem is the secretive nature of Kelso's plan, there are actually abundant materials about it readily online. Kelso's full reports on the plan, his projects (such as the prison pharmacy project and the construction projects), are all on the California Prison Health Care Services website.

So, is Kelso running a "parallel government", or should the government cooperate with the plan and produce the necessary funds? You be the judges of that.
Posted by Hadar Aviram at 8:41 AM