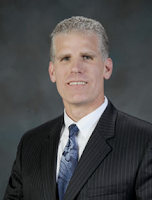 Matthew Cate leaves CDCR and will take over the California Association of Counties. The L.A. Times reports:

Under Schwarzenegger, Cate oversaw dramatic expansion of state prisons in an attempt to keep up with the growing population of inmates. Under Brown, he oversaw state efforts to shift the growing burden on counties.

The state Department of Corrections and Rehabilitation issued a press release quoting Cate as describing his two-year tenure as corrections secretary under Brown as a "time of tremendous progress," notably cuts in prison spending and a reduction in the prison population, achieved by shifting responsibility for low-level offenders to California's 58 counties.

"﻿﻿﻿﻿﻿In addition to realignment and the accompanying reforms, we have successfully terminated five class-action lawsuits, overhauled the juvenile justice system; improved CDCR's rehabilitative programs and are implementing a legislatively approved plan that will further these reforms and reduce over-all prison costs," Cate said in the agency's prepared statement.

It now falls on Cate to help counties find ways to cope with the influx of prisoners and parolees.
Posted by Hadar Aviram at 9:11 AM