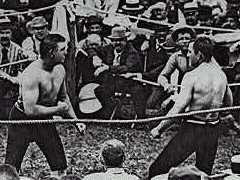 The next round in the battle between the State and the Receiver continues tomorrow. According to Saturday’s Sacramento Bee, Judge Henderson has scheduled a hearing for Monday to consider a motion filed by Attorney General Brown and Governor Schwarzenegger against the Federal Receiver, Clark Kelso.

The motion seeks to replace the Receiver with a special master. According to the State, “the Prison Litigation Reform Act of 1996 prohibits a federal judge from appointing a receiver and mandating construction” of facilities, even to remedy a constitutional violation. The motion also asks Henderson to terminate Kelso's plan to reform the prison medical system by building up to 10,000 new medical and psychiatric beds.

The Bee observes (rightly in my opinion) that the motion is unlikely to persuade Judge Henderson, who has “made it clear he does not feel the receiver's work is done.” More likely, “the state's lawyers are setting the stage for an appeal of the expected denial of their motion.”

Kelso’s office, of course, hasn’t been passive in this ongoing battle with the State. Kelso himself has asked the judge to hold the Governor (and State Controller John Chiang) in contempt of Court for refusing to provide $250 million the receiver says he needs to upgrade existing prison medical facilities. In fact, the Governor has declared, "The receiver will never get that money...Because I will not give it to him. I think the controller will not give it to him. And I don't think the legislators will give it to him."

Federal Receiver Clark Kelso and Secretary of CDCR Matthew Cate will both be attending the Hasting Conference on the California Correctional Crisis this Thursday and Friday.
Posted by A. Rappaport at 11:37 AM