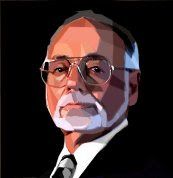 It was our great pleasure to have Judge Lawrence Karlton as our luncheon speaker. Naturally, Judge Karlton could not directly comment on the ongoing Plata/Coleman cases; he did, however, discuss the principles underlying them and some of the broader concerns surrounding them.

Judge Karlton opened with a discussion of the long nature of the problem; the Coleman case hails from Governor Wilson's days, and the Valdivia case was originally filed against Governor Davis. In hindsight, the expectation that a 1995 determination that the state had violated its inmates' Eighth Amendment rights would yield immediate results seems rather naive; there is still much work to be done before the system can be brought into compliance with constitutional standards. Fourteen years later, there is still no bed plan for mentally ill people; there is no systematic program for evaluating inmates; treatment programs are few, and sorely lacking sufficiently trained administrators; the confidential maintenance of medical records is far from perfect; and there is no system for identifying suicide risks. Much of the plight of the medical system can be traced back to the massive closing of mental institutions during the Reagan era; so far, no CA institution can be said to comply with constitutional standards. Not much progress has been made with parole revocation reform, either.

The question then becomes why the CDCR does not rectify the situation to rid itself from the federal judiciary; the answers are complex and subtle. One possible answer provided by Judge Karlton is that prison administration is a large bureaucracy, and in such institutions, existing rules have a tendency to perpetuate the status quo and discourage change. There is the additional complicity of other professional systems, such as the psychiatric system; it is difficult to hire professionals to work in prisons located in remote places. As Judge Karlton reminded us, we do not have to have an evil disposition to end up with a dysfunctional system. There is also the issue of lobbying power; prisoners and their families do not represent a real constituency.

As to the broader issue of the court's role in reforming prisons, Judge Karlton had interesting things to say. Federal judges do not stand for reelection, they present a hope for change. However, law and courts, he argued, are bludgeons; what is needed for these problems is a scalpel. Federal courts can only intervene when state standards fall beneath the Federal constitution. What is desperately needed is a change in culture within the state, and attention to the parts that are hidden from state citizens; those which, according to Dostoyevsky, are the measuring rods for our true level of civilization.