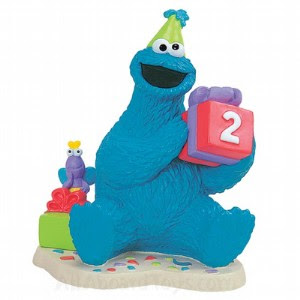 The CCC blog celebrates its second birthday today. This was a very busy year with regard to correctional developments and news. Some good news: Overall, cost-related concerns led to a first-time decline in the U.S. prison population. Crime rates are also dropping nationwide, unrelated to incarceration (and still occurring as a decline in incarceration is evident). The Obama administration appears to be less bent on a tough-on-crime approach for its own sake and has moved toward reducing the cocaine/crack disparity.

In California, some of our top stories involved high-profile litigation; the scofflaws between the three-judge panel and CDCR regarding overcrowding continued, led to a revised state plan which was a combination of release and prison expansion, and eventually led to the current pending case in the Supreme Court (after a wee legal detour), reviewing the panel's order to decrowd California institutions. Budget woes and partisanism led to serious cuts in rehabilitation programs (sigh). California imported more of its inmates to out-of-state privatized institutions. Some of the proposals for decarceration were more outlandish than others. Improvements to the prison health system were hailed by its designers but the data, and some journalistic efforts, revealed mixed results. We were concerned about some conditions in Pelican Bay and in the behavior modification units. Incidentally, not a week goes by without letters from inmates and their families, addressed to CCC, reporting on the hardships of SHU in Pelican Bay. We were also troubled by the juvenile justice system, especially by the crushed hopes regarding a reassessment of juveniles on LWOP. Another troubling topic was the increasingly hostile approach to immigrants, especially with the rise of the "immigrant-criminal". We also linked to some useful information regarding the early releases.

In addition to Plata and Coleman, other constitutional issues regarding corrections were discussed. The 9th Circuit heard Valdivia v. Schwarzenegger and instructed the state to assume reporting responsibility for disabled inmates in county jails. Some interesting prison litigation included the right of inmates to a Wiccan prison chaplain and the right to wear a hijab in a courtroom detention cell. As ALI retracted its support of the death penalty, the three "killer counties" in California were exposed.

In addition, we followed the ideas and plans of some officials you will be voting for and against this coming November: Jerry Brown, Meg Whitman, and Kamala Harris. We also provided an assessment of Arnold Schwarzenegger's correctional legacy.

We covered a variety of other topics, including GPS monitoring, sex offender legislation, the sit/lie ordinance, and the propositions for legalization of marijuana.

Stay with us as we begin our third year following the California correctional crisis. Thank you for your emails, comments, continuous support, and faithful readership.
Posted by Hadar Aviram at 3:40 PM

And, we've just received a birthday gift: the Criminal Justice Degree website has nominated us as one of the top 50 criminal defense blogs (http://www.criminaljusticedegree.com/top-50-criminal-defense-blogs/). Thank you!