The Importance of Re-Entry 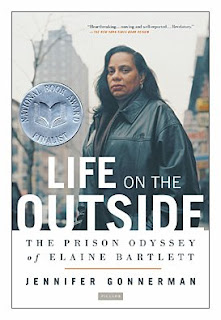 My student Billy Minshall has just directed my attention to a short piece by Jeff Adachi, the public defender for San Francisco, on today's Examiner. Adachi is referring to a special event on re-entry today. Among other things, he writes:

Every year, more than 137,000 parolees are released in California, including 2,400 who return to San Francisco. Of these, only 21 percent are expected to successfully complete parole. Most, like Jesse, have low levels of education, reside in poor neighborhoods and lack basic marketable job skills. With the advent of online criminal background checks, many are eliminated before they are even considered for employment.

Employers are understandably reluctant to hire offenders. Some jobs — such as transport, teaching, and child or patient care — automatically bar offenders. Employers may also fear legal liability if an offender commits a crime while employed. In a recent survey of employers, less than 40 percent said that they would consider hiring an offender.

So, what can be done to help a formerly incarcerated man or woman who wants to work and avoid the revolving prison doors?

The answer is stunningly simple: convince employers to hire offenders.

Not an easy task, but one that can be facilitated through Supervisor Mirkarimi's plan to insure employers prepared to participate. Given the rates of incarceration, this should really be a top priority.

On the same topic, Jennifer Gonnerman's new book Life on the Outside documents the re-entry challenges faced by Elaine Bartlett upon her release from prison. The book's website is a good resources for those of us seeking to connect the broad re-entry issue with a particular human face and story.
Posted by Hadar Aviram at 1:41 PM No comments: 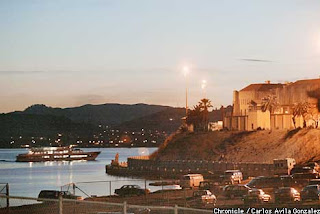 Today I came across a Chronicle piece from 2002 about Jeanne Woodford, the previous warden at San Quentin, and her commitment to GED programs and prison education in particular. The CDCR page on San Quentin suggests that the current warden, Robert Ayers, has kept the educational programs in place.

In the article, Woodford points out that many of these programs can be carried out without additional expenses to taxpayers. I wonder if that is still feasible given the increase in prison population.
Posted by Hadar Aviram at 6:12 AM No comments:

Email ThisBlogThis!Share to TwitterShare to FacebookShare to Pinterest
Labels: rehabilitation

The problems with the California correctional system are so varied and so complex, one can easily become overwhelmed. Fortunately, there's a great resource for getting a broad overview of the issues: Joan Petersilia's recent publication for the California Policy Research Center, entitled Understanding California Corrections. Highly recommended!
Posted by A. Rappaport at 1:34 PM No comments: 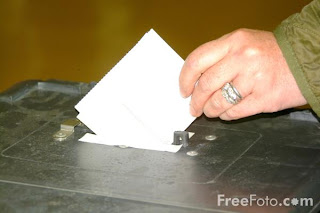 On Nov. 4, Californians will not only get to decide between Obama and McCain, but also to weigh in about their priorities and values regarding law enforcement and corrections. There are three relevant propositions on the ballot, and voters will need to realize that, to a great extent, supporting each of these comes at the others' expense. Moreover, it is important to pay attention to the fact that each of the propositions espouses a different ideology about criminal propensity and crime control.

Proponents of NORA (Nonviolent Offender Rehabilitation Act) argue that current drug laws do not allocate resources to treating the problem from the source, which is addiction. According to the proposition, the idea is to preserve resources by reserving punitive measures for violent offenders, and focusing on treating non-violent offenders through the diversionary methods set in Prop. 36. This would be accomplished through a reorganization of entities, adding special divisions at CDCR that would address substance abuse, vocation and education. For the purposes of NORA, a "non-violent drug offender" is someone convicted of "unlawful personal use, possession for personal use, or transportation for personal use, or being under the influence of any controlled substance"; the prop excludes "possession for sale, transportation for sale, production, or manufacturing of any controlled substance".

The options for deferred entry of judgment and for supervision are ehnanced. The proposition is very much in the spirit of therapeutic justice.

By contrast, this proposition, also called the Safe Neighborhoods Act and the Runner Initiative, is very much in the spirit of Packer's Crime Control model. The idea is to increase funding for more traditional law enforcement activities. The proposition identifies a few key criminal phenomena and focuses on aggressive prosecution toward them. One such focus is gang activity; under Prop 6, any youth 14 years or older convicted of a "gang-related" felony would be tried as an adult. Other "focus areas" include violence and methamphetamine trafficking.

The proposition would also criminalize tampering with monitoring devices such as electric cuffs, and would require anyone receiving public housing subsidies to undergo annual criminal background checks.

Prop. 9: Criminal Justice System; Victims’ Rights; Parole
Prop 9 advocates a third type of justice model, namely, one focusing on victims' rights in various ways. It includes a CA constitutional amendment as well as regular legislation. Some aspects of Prop 9 include a requirement to pay restitution to victims and a prioritization of these requirements. It also expands victims' legal rights and their impact not only throughout the adjudication process, but also in parole hearings.

The official text ttt bemoans the faulty implementation of the Victims' Bill of Rights in 1982, and suggests to improve matters by assuring that victims are informed of developments in the case, including pre-sentence reports, plea bargains, and sentence details. Victims would be notified of bail hearings and would have the right to be heard before a bail decision is made.

In addition, Prop 9 also creates additional limitations on parole, and adds years before parole can be obtained in certain cases.

This is going to be a tough choice. As David Garland argues in The Culture of Control, our criminological "history of the present" is such that several models of criminal justice coexist, along with their contradictory premises. When pitted one against the other, as in the 2008 ballot, the conflict is not only one of ideologies but one of resources. Shifting more resources toward enforcement would come at the expense of rehabilitation and vice versa. Moreover, hiring personnel with a defined agenda, which would be a necessity under each of these propositions, would impact the spirit of criminal justice in general. So, the choice is not merely between priorities, but between paradigms.
Posted by Hadar Aviram at 6:58 AM No comments:

A Comparative Look at Prison Overcrowding

A few months ago, the NY Times published updated statistics as to the number of prisoners per 100,000 people around the world.

The United States has, for instance, 2.3 million criminals behind bars, more than any other nation, according to data maintained by the International Center for Prison Studies at King’s College London.

China, which is four times more populous than the United States, is a distant second, with 1.6 million people in prison. (That number excludes hundreds of thousands of people held in administrative detention, most of them in China’s extrajudicial system of re-education through labor, which often singles out political activists who have not committed crimes.)

San Marino, with a population of about 30,000, is at the end of the long list of 218 countries compiled by the center. It has a single prisoner.

The United States comes in first, too, on a more meaningful list from the prison studies center, the one ranked in order of the incarceration rates. It has 751 people in prison or jail for every 100,000 in population. (If you count only adults, one in 100 Americans is locked up.)

The only other major industrialized nation that even comes close is Russia, with 627 prisoners for every 100,000 people. The others have much lower rates. England’s rate is 151; Germany’s is 88; and Japan’s is 63.

The median among all nations is about 125, roughly a sixth of the American rate.

The piece also provides a breakdown by state, which seems to locate California somewhere in the middle between Maine (273 per 100,000) and Louisiana (1,138). I am assuming these numbers include prisons and jails. 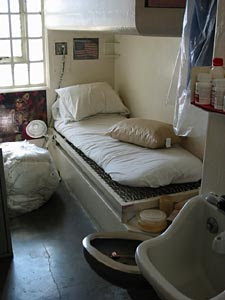 More information about the Receiver's plans and achievements can be found here.
Posted by Hadar Aviram at 6:24 AM No comments:

The new Community Justice Center, which will officially start working in San Francisco's Tenderloin neighborhood, is holding a Town Hall Meeting. Here is some more information:

Here’s an update on our current CJC activities:

The Board of Supervisors released reserve funds totaling $1 million. This is primarily for capital costs.
The Board of Supervisors granted the authority to accept and expend the $983,000 in federal funding for the CJC. This is primarily for positions and other administrative costs.
The BOS granted the sublease for 555 Polk, and the authority to undertake the necessary tenant improvements mostly for ADA compliance.
We are starting the construction of holding cells at 575 Polk Street.
In the next week or two, the CJC Advisory Board will be announced. The CJC Coordinator has been selected and will also be formally announced.
Pending the completion of tenant improvements at 555 Polk Street, we hope the CJC will be open sometimin February 2009. In the meantime, the court will continue to work with key city partners to set up the operational infrastructure for the CJC so we can hit the ground running in the spring.

For the Town Hall meeting Commissioner Ron Albers will provide case examples of how the CJC program will work. There will also be lots of time for questions and answers. Please share this post with friends and colleagues.

Read about the CJC in particular, and about other collaborative justice projects in general, on their blog.
Posted by Hadar Aviram at 10:55 AM No comments:

NPR has a disturbing report about the increasing overcrowding problem at San Quentin prison.
What you see to your left is a photo from the article accompanying the podcast, showing how prison authorities have had to convert the prison gym into a big cell with hundreds of beds. Beyond the obvious physical restriction of space, the podcast problematizes the impact of trying to accommodate various populations - some of them hostile to each other due to gang and ethnicity feuds - in a space previously used as a gym.
Posted by Hadar Aviram at 10:55 AM No comments: