All Counties Committed to Enrolling Inmates in Health Care!

A new report by Californians for Safety and Justice and the Local Safety Solutions Project announces good news: pretty much all California counties are committed to enrolling their criminal justice populations in health care, and 70% of counties are actively doing so.

Where does the funding for this welcome activity come from? 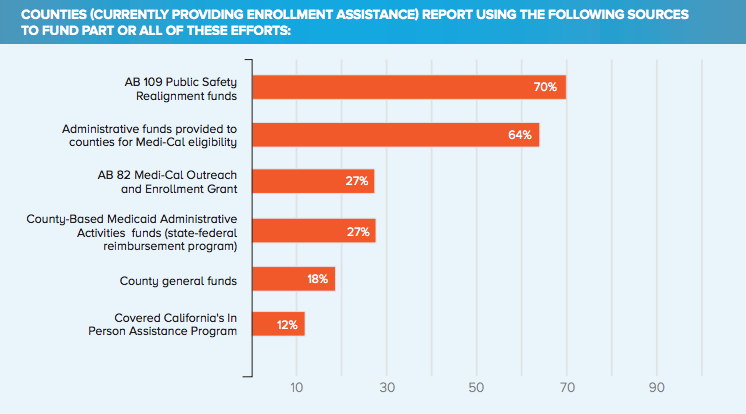 This is excellent news. As we know, many formerly incarcerated people don't necessarily have the resources or know-how to deal with the intricacies of Obamacare and are walking out of jail systems whose health care services are sometimes truly deficient. This guarantees that, as people return to life on the outside, they'll be covered and protected.
Posted by Hadar Aviram at 8:15 AM No comments:

Today at Noon, PST: Interview about Cheap on Crime on KPFA

Today at noon, PST, KPFA will air an hour-long interview I did with C.S. Soong from Against the Grain about my forthcoming book, Cheap on Crime. It was a great conversation. Here are some details on how to listen:

To Listen Live:
KPFA 94.1 FM in the Bay Area and beyond
KFCF 88.1 FM in Fresno and the Central Valley
Online, worldwide: http://www.kpfa.org.
To access the recording afterward:
http://www.againstthegrain.org/
Posted by Hadar Aviram at 8:08 AM No comments:

Death Penalty Debate next Tue: Free and Open to the Public! 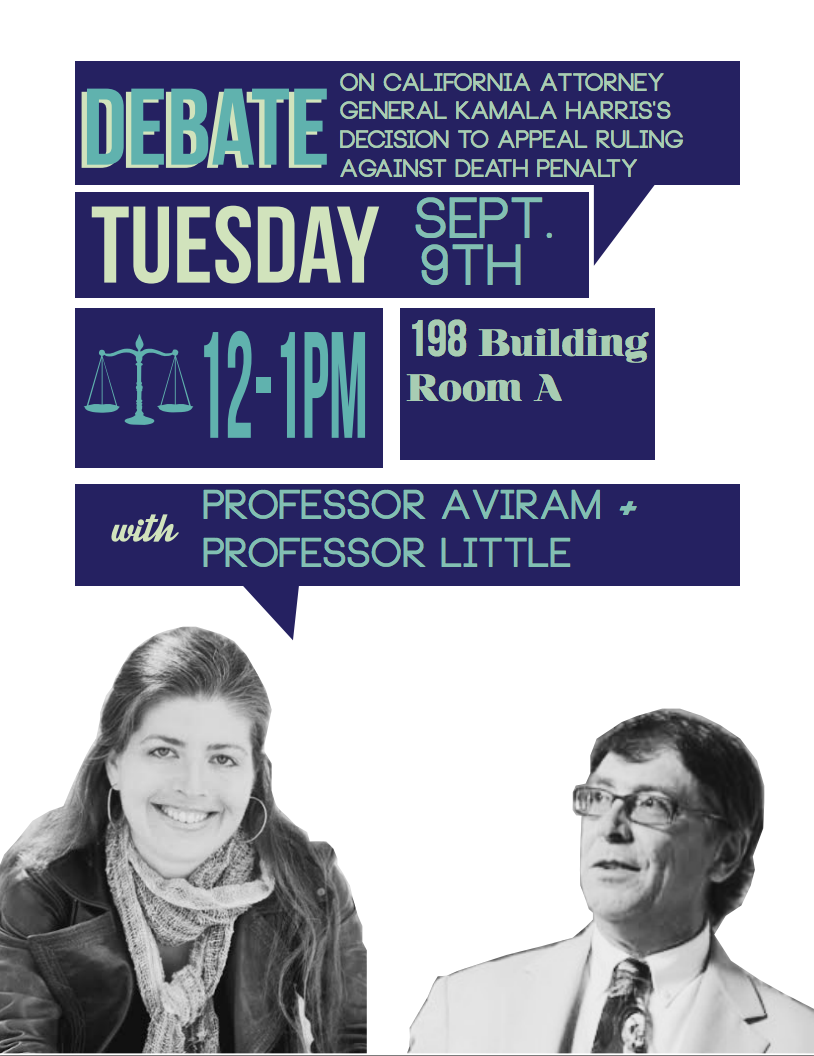 Posted by Hadar Aviram at 12:33 PM No comments:

An interesting invention is making the rounds on social media website: four college students have invented nail polish that would allow its wearer, by inserting their finger into their drink, to detect whether a roofie--frequently used by rapists to overpower their victims--has been mixed into it. The company is called Undercover Colors.

This is a very practical, simple cautionary tool, and may help to spare many women, and some men, too, a traumatic and horrible experience. But the new invention has found some detractors, who in the name of radical feminism criticize the inventors as facilitating rape culture by placing the preventive responsibility onto the shoulders of the victims (see here and here.)

I'm sorry, I have to call bullshit when I see it. And this presumably feminist critique of prevention is grade-A bullshit.

It should probably go without saying that, like any decent human being on the planet, I am committed to ending rape culture, and that I believe that the fault for rape lies squarely on the shoulders of the rapist, which is why I really liked this campaign. Happily, evaluative research has found it to be effective in teaching men to be more respectful toward their partners.

Of course it is not the victim's responsibility to prevent crime. It is, of course, anyone's right to go anywhere they wish, wearing whatever they wish, without inviting physical or sexual assault. Nonetheless, we know that crime happens when there is opportunity, and many rapists are opportunists. And each of us takes preventive measures daily, to the extent that they are compatible with our lives and appreciation of freedom. We lock our house doors, we don't leave valuables in the car, we don't escalate arguments with angry drivers. And sometimes we make the choice not to engage in excessive self-protection, when we feel it infringes upon our lives too much, such as, for example, going out anywhere we wish, at any time of the day, wearing whatever we like. Doing so, of course, does not make us blameworthy if something bad happens to us. But taking measures that don't infringe upon that feeling of freedom has the potential of minimizing our odds of victimization, and doing that shouldn't make us blameworthy, either, for inventing such measures, using them, or recommending them to others.

The rhetoric against rape culture also pulls the rug under sensible and empowering acts like taking a self-defense class, even though we know that fighting back significantly reduces the odds of rape completion. Why, in the name of self righteousness and feminist idealism, would I deny myself, my family members and my friends the odds of survival and victory? How is this empowering? How is this preventing rape?

Moreover, as my friend and colleague Edi Kinney mentioned in a Facebook conversation about this:

[T]aking the opportunity to recenter discussions about rape culture to blame rapists is something activists have to do, but to me, we need to take advantage of allyship in its diverse forms and applaud practical efforts to engage in efforts to address sexual violence. What we've been doing hasn't worked. I think we should be emphasizing the fact that the men who developed the product were inspired to do because so many of their own friends had been drugged & sexually assaulted and they wanted to do something to empower their friends and other women w/ tools to identify risks. They apparently had scientific/lab/other expertise that they could deploy to that end, and were motivated to do so out of an effort to give women tools to help them protect themselves. IMHO, their allyship intentions -- AND the fact that bros who see social media accounts of this now might think twice re. engaging in predatory behavior at parties, bars, etc. -- trump the potential to reinforce 'blame the victim' rape culture. Rapists are opportunists, and I'd reckon there's a slippery slope between date rape and predatory behavior, and any tools to identify folks who engage in such behavior seems like a good start (and at least it's raising awareness?)

I think we have enough room for short-term and long-term strategies in the war against rape culture. In the long term, our commitment should be to eradicate it off the face of the earth. But in setting our sites on that and firing up our keyboards with feminist rhetoric, let's not forget that this thing we're fighting is not just an ideology. IT'S REAL AND IT'S VICTIMIZING WOMEN RIGHT NOW. And our first and foremost commitment to potential victims is to prevent their victimization as effectively and practically as possible, without stigmatizing them for it. Let's not lose sight of real rape when talking about the culture that produces it.

Posted by Hadar Aviram at 10:45 AM No comments: