There is Nothing New Under the Sun 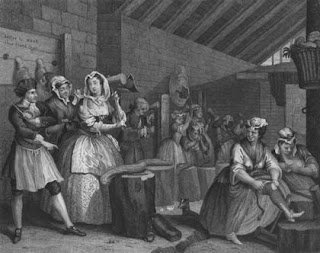 There are prisons, into which whoever looks will, at first sight of the people confined there, be convinced, that there is some great error in the management of them; the sallow meagre countenances declare, without words, that they are very miserable; many who went in healthy, are in a few months changed into emaciated dejected objects. Some are seen pining under diseases, "sick and in prison;" expiring on the floors, in loathsome cells, of pestilential fevers, and the confluent small-pox; victims, I must say not to the cruelty, but I will say to the inattention, of sheriffs, and gentlemen in the commission of the peace.

The cause of this distress is, that many prisons are scantily supplied, and some almost totally unprovided with the necessaries of life.

--John Howard (1777), The State of the Prisons in England and Wales, with an Account of Some Foreign Prisons

May the return of the light this season, and this year, bring some light to our correctional policy.

Hadar
Posted by Hadar Aviram at 8:57 AM No comments:

Is overcrowding the reason for the declined standard of care in prisons? More Prison Litigation

Judges Karlton, Henderson, and Reinhardt are trying to assess whether prison overcrowding (see left) is the reason for the faulty level of services. And, as the L.A. Times reports, they are not sympathetic to the State.

Although the trial is only halfway over, the judges are speaking and acting as if they have already decided to take action against the state. Now they seem only to be searching for answers on precisely what action to take and have openly contemplated an order to release prisoners and impose a cap on the state prison population.

"The question from our point of view is developing an effective set of orders that will protect society . . . and ensure there is a constitutionally sufficient level of care," explained U.S. District Judge Lawrence Karlton, who said later that the trial wouldn't be needed "if the state were to wake up and start behaving in a rational way."

If the court's decision is to release prisoners, state officials guarantee an appeal directly to the U.S. Supreme Court, where matters, and sympathies, may go differently.

There are many interesting things here, and several merit special attention:


A decision is expected early next year: stay tuned.
Posted by Hadar Aviram at 6:44 AM No comments: 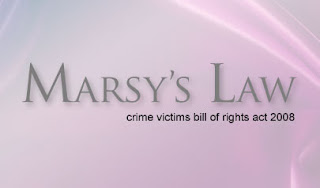 In an earlier post, I raised the question whether Prop 9 violated the single-subject rule, by addressing both victim participation and parole timelines. This argument, as a doctrinal argument, doesn't carry a lot of weight; as Mike Gilbert explains in a phenomenal new piece, the tests used by judges to examine single-subject rule issues are skewed against striking down propositions. However, it seems that the bit that doesn't fit, the punitive bit that relates, if at all, to a narrow and punitive aspect of victims' interests, is the one that is at question. I suggest we stay tuned.
Posted by Hadar Aviram at 8:38 AM No comments: 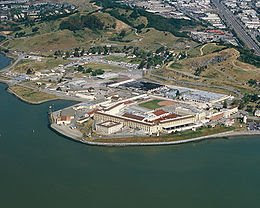 3) Compare and contrast this to the previous post about the axing of the CJC budget. Perhaps we have finally come to a point in which we can no longer have discussions about the merits of correctional initiatives, only about their costs.
Posted by Hadar Aviram at 5:02 PM No comments: 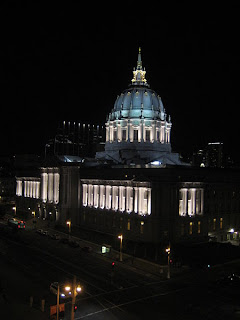 This little morsel of information is hidden somewhere in the middle of this Chron piece about the San Francisco budget crisis:

Arguing that they cannot start new programs when existing services are being cut, a majority of the board voted Tuesday to kill nearly $1 million in funding for a pet project of the mayor's, a Tenderloin community court that will prosecute crimes like aggressive panhandling and selling drugs.

The supervisors voted 6-4 against the Community Justice Center, with supervisors Bevan Dufty, Sean Elsbernd, Michela Alioto-Pier and Carmen Chu pushing to keep it. Outgoing Supervisor Gerardo Sandoval, who was elected to be a Superior Court judge, abstained. The mayor can veto the measure; it would take eight votes to override his veto.

This, coupled with the defeat of Prop L, may very well be the end of something that could be a very promising solution to a problem of large magnitude. Granted, there is not a lot of independent research examining recidivism rates in community justice programs (and more research should be generated, because programs like Red Hook in Brooklyn have been around for a while.) However, it does not seem as if the current court system has provided such as successful answer to the mix of homelessness, poverty and drugs in the Tenderloin. Much of the critique leveled at the court by the Coalition for Homelessness stems from misunderstandings about how it is supposed to operate (see for yourselves). And, as those who followed previous posts on this may recall, the sad thing is that this court - whether Mayor Newsom vetoes the decision to kill it or not - seems to have become no more than a pawn in the power struggle between Newsom and Supervisor Chris Daly. While this bickering is going on, we are stymied in a legal system that does not address problems in a holistic way.

If we don't try progressive solutions to our sentencing system, particularly in quality-of-life issues, we'll never know for sure whether they do, indeed, reduce recidivism. There is only one way to know, and that is to give this a try. And, much as it pains me to say this as a music and dance lover, this might be worth a bit more to the city as a whole than keeping the opera, symphony, and ballet budgets intact.
Posted by Hadar Aviram at 10:11 PM 3 comments: