Cellmate Compatibility: Why Not?

According to media reports, California state prisoners are killed at a rate that doubles the national average [update: I'm not sure this is true, having looked at the numbers more recently]. A sensible proposition has been made--and rejected: The Merced Sun-Star reports:

The department will not reinstate a policy dropped 15 years ago that required potential sensitive needs cellmates to fill out a compatibility form before they are housed together, Ralph Diaz, acting deputy director for adult institutions, told a Senate budget subcommittee.

Sex offenders, former gang members and other vulnerable inmates are placed in special sensitive needs housing for their protection.

However, the inspector general and an analysis by The Associated Press published in February found that a disproportionate number of homicide victims were sensitive needs inmates.

The compatibility forms help officials assess whether inmates can live peacefully together. They are required for inmates housed together in other segregated living units, and Sen. Loni Hancock said they should be required for sensitive needs inmates as well.

"We do look for inmates who we feel should not be celling with others," Diaz testified. However, he said using the forms for sensitive needs and general population inmates would be too cumbersome and the department's current process can appropriately address housing concerns.

There are two ways of viewing this debate. One is through the usual old-skool impasse between carceral discourse and rights discourse. The other, however, is cost-oriented. CDCR is refusing to reinstate this policy because it believes that it would needlessly complicate its operations; Senator Hancock thinks that the costs in lives and healthcare offset these considerations.

This debate is an example of a situation in which a prison is not really sui generis. In any other setting, in which people are thrown together--especially in total institutions--it's best if they spend time in close quarters with people with whom they can get along. This is not merely a matter of finding the roomie's company enjoyable; it's about preventing exploitation, abuse, and conflict.
Posted by Hadar Aviram at 4:10 PM No comments: 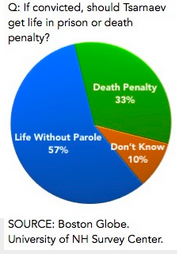 This comparison, among others, makes me think that death penalty abolition does not only change support and opposition rates: it also changes the nature of the debate. We tend to forget that, because we don't usually hold capital punishment polls in abolitionist states. By contrast, the debate in retentionist states has reached an impasse that makes it extremely shallow. Either we focus on "tinkering to the machinery of death" or we try to abolish it for cost reasons. Places that are not confronted with the daily realities of an in-state death row allow their residents not only freedom from the moral discomforts that come with its application, but also the freedom to infuse their opinions on the subject with philosophical considerations. Abolition, therefore, makes us morally richer not only directly, but also in intangible ways.
Posted by Hadar Aviram at 8:01 AM No comments:

Homicide on Video: What Is It Going to Take?

Here is the unedited footage of the shooting of Walter Scott in South Carolina, three days ago.

I am trying to imagine how this footage can be interpreted in a different way--what sort of teary-eyed testimony the cop might give in his own defense--and how a rational jury could possibly interpret this footage as anything but murder. I am trying to get into the head of the cop's defense attorney, to think how he can possibly describe this footage in a different way. I can't even imagine such a scenario. But you know what? I had the exact same thoughts when I saw Eric Garner's killing, and we all know how *that* turned out. It seems like the evidence is getting better and better, but the results are not, and we are fast losing hope that there is such a thing as "perfect" video footage of murder.

Ask yourself, gentle reader: all those other times you saw unspeakable horror on video, did you not say to yourself, as I did, this time it's the ultimate evidence? This time the evildoer won't get away? What makes us think that this one, this last one, will be different? That this time someone has finally managed to catch indefensible evil on tape? That this one won't be a hung jury or some involuntary manslaughter or somesuch? And if this one isn't, what more could "they" possibly need to see what we see? What, if not this--if not Eric Garner--if not Tamir Rice--if not any number of videos we've seen--is going to be incontrovertible evidence of murder? Will there ever be incontrovertible evidence? What, for Heaven's sake, is it going to take?

My heart is with the many sad and angry people in South Carolina who are trying to make sense of it, some of whom may have just realized that Ferguson is not a place, it is a state of consciousness. Yes, black lives matter. They should matter. But until all lives matter equally, none of us should feel calm, or safe, or contented.

The screaming, struggling civilian was a dark man with a face white as flour from fear. His eyes were pulsating in hectic desperation, flapping like bat’s wings, as the many tall policemen seized him by the arms and legs and lifted him up. His books were spilled on the ground. “Help!” he shrieked shrilly in a voice strangling in its own emotion, as the policemen carried him to the open doors in the rear of the ambulance and threw him inside. “Police! Help! Police!” The doors were shut and bolted, and the ambulance raced away. There was a humorless irony in the ludicrous panic of the man screaming for help to the police while policemen were all around him. Yossarian smiled wryly at the futile and ridiculous cry for aid, then saw with a start that the words were ambiguous, realized with alarm that they were not, perhaps, intended as a call for police but as a heroic warning from the grave by a doomed friend to everyone who was not a policeman with a club and a gun and a mob of other policemen with clubs and guns to back him up. “Help! Police!” the man had cried, and he could have been shouting of danger.