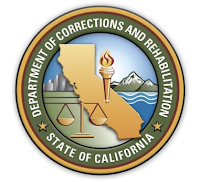 CDCR has just published their new regulations pertaining to the placement of inmates in SHU units and the process followed to get out of the SHU. The regulations do not say so explicitly--rather, they claim to rely on a report from 2007--but their timing cannot have been coincidental, given the promises given to hunger strikers at Pelican Bay and elsewhere.

The regulations group known gangs into two risk groups, referred to as STGs in the report. New gangs can be assigned to an STG through documentation about their activities.

As to the process of validating inmates as gang members, CDCR currently groups people into Gang Members and Gang Associates. The report adds two new categories: Suspects (folks not officially validated) and Monitored (folks who are in the process of disentangling their association with the gang and returned to general population). The current sources required to tie a given inmate to a gang remains essentially the same, except that the reliability/weight of sources is assessed based on a number of "points", and a certain number of "points" is required for each category. Symbols are assigned two points; debriefing (snitching) sources are assigned three points; harder evidence, like documents and photographs, are assigned four points. Self confession is assigned five points, and conviction of an offense, as well as tattoos or body marks, entails six points.

It seems that the great novelty in the report is the gradual debriefing system it sets up. When gang members who went through the validation process are assigned to the SHU, they are to be shown a "gang diversion video" and instructed on the multi-step process required for leaving the SHU. Moving from step to step could take at least a year, as offenders have to show that they are progressing from step to step (currently, there is only one step, and there is a minimum of six years at the SHU). The passage of each step entails special privileges, such as television, phones, and packages of personal property. While inmates may study and take college exams on all levels, folks on Step 3 are eligible for enhanced rehabilitation programs, including anger management and group meetings.

Another important point has to do with gang groupings. STG-I gang members are routinely placed in the SHU, while STG-II gang members would only be assigned to the SHU if they were involved in severe and repetitive criminal activity.

Should this plan be approved, it remains to be seen whether it has a salutary effect on SHU population and practices.
Posted by Hadar Aviram at 10:32 AM