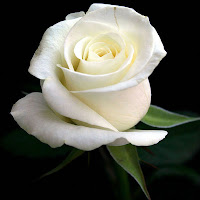 When my students arrived to class today, they were greeted with dozens of white roses--one at every seat. We talked about the election.

I talked about how months of my work on Prop. 62 - time, talent, energy, verve, money--yielded negative returns: the failure of Prop. 62 combined with the horrifying and worrisome Prop. 66.

We talked about how difficult it is to get up in the morning and gear up for the work we so desperately need in these times.

I shared two things that have been personally helpful to me. One comes from my Buddhist practice, in which one traditional form of meditation involves "touching the Earth for our adversaries." Our adversaries and enemies, formidable as they might be, reprehensible as their actions are, abhorrent as their values are, provide us with an important service: they remind us of our strength, our preferences, our values, and our actions. The opportunity to resist gives us an opportunity to examine and solidify our own intentions about what's right in the world. It is a reminder of things greater than the self, of the impermanence of everything, and of how the mind (of an individual or of a society) has a limitless capacity for love and hate, generosity and greed, valor and fear. Our adversaries remind us to make mindful choices about our own values and strengthen our resolve.

The other one comes from growing up under the shadow of the Holocaust, in a country where upset and frustration and anxiety over the rise of fascism and bigotry comes in a healthy dose every four years since Yitzhak Rabin's murder. What I learned from living in Israel, and from my grandma who fled Frankfurt in the 1930s, is that in times of great crisis and fear lies an immense opportunity to protect and help the persecuted and the downtrodden. It is in times like this that the social advantage, skills, and character of people like Oskar Schindler or Raoul Wallenberg can make a real difference in people's lives. My students are uniquely positioned--due to their education and skills--to help and protect others, some from their own communities and some from other communities that may face perils and threats in the next few years. This means that everyone's marginal utility in the world will grow manifold. Whether it's working a public service job, picking cases, or donating a portion of a comfortable income to the cause of justice and civil rights, they--and you--have the power to make intentional decisions that can have a dramatic impact on your families, friends, neighbors, and fellow humans.

To keep a ritual and symbolic reminder of how much we can do to help, protect, and champion the people and values we care about, I am going to be wearing a white rose on my lapel from now on. The White Rose Society (die Weiße Rose) was a non-violent, intellectual resistance group in Nazi Germany led by a group of students and a professor at the University of Munich. The group conducted an anonymous leaflet and graffiti campaign which called for active opposition against the Nazi regime. Their activities started in Munich in June 1942, and ended with the arrest of the core group by the Gestapo in February 1943. They, as well as other members and supporters of the group who carried on distributing the pamphlets, faced unjust trials by the Nazi People's Court (Volksgerichtshof), and many were sentenced to death or imprisonment.

The group wrote, printed and initially distributed their pamphlets in the greater Munich region. Later on, secret carriers brought copies to other cities, mostly in the southern parts of Germany. In total, the White Rose authored six leaflets, which were multiplied and spread, in a total of about 15,000 copies. They branded the Nazi regime's crimes and oppression, and called for resistance. In their second leaflet, they openly denounced the persecution and mass murder of the Jews. By the time of their arrest, members of the White Rose were just about to establish contacts with other German resistance groups like the Kreisau Circle or the Schulze-Boysen/Harnack group of the Red Orchestra. Today, the White Rose is well-known within Germany and worldwide.

I've been giving away white rose lapel pins all day long, and am happy to send you one, reader, if you email me with your address. Wear it as a symbol of hope and commitment to compassion and action even in dark times.

Grieve as you need, and then roll up your sleeves and let's get to work.
Posted by Hadar Aviram at 11:38 PM

Email ThisBlogThis!Share to TwitterShare to FacebookShare to Pinterest
Labels: do something, politics, the big picture