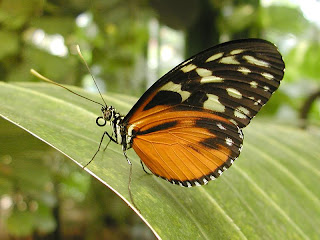 Reading the San Francisco Chronicle these days is like watching a traffic accident about to happen. The budget disaster is so alarming that every day brings news of future depressing decrees and policies.
The latest news come to us from the Governor's office. Schwarzenegger's hope that the initiatives would be approved  did not materialize; the problem got bigger. And so, a series of proposed cuts came into being. As reported on the Chron, some of the cuts include:

-- $750 million from the University of California and California State University systems, bringing the total reduction over two fiscal years to nearly $2 billion.

Distressed as I am about the prospect of irrational cuts of all general fund spending to my home institution, which produces tomorrow's nation's foremost judges, policymakers, public interest lawyers, and business entrepreneurs (and thus extinguishing hope that we can invest enough in their education to produce people capable of solving the problems generated by today's policymaking!) I think there's a bigger lesson to be learned here. My concern is that the bottom line regarding prison releases will generate a public outcry that will gear discussion in a nonproductive way.
You see, everything is connected, just like in Edward Lorenz's much-quoted (and misquoted) chaos theory maxim, according to which the flap of a butterfly's wings in Brazil sets off a tornado in Texas. I'm sure there are many voters and Chron readers who are being exposed, perhaps for the very first time of their lives, to the realities of the imprisonment project in California and how it directly affects their lives, their taxes, and their children's education. For many years, since the passage of Prop 13, Californians have mistakenly thought that keeping taxes low and guaranteeing money for education had nothing to do with the invisible world of prisons. If you think about it, that is a bit like children who close their eyes, wishfully believing that what is out there does not exist if you cannot see it. So, many Californians may be finding out that many other Californians, who had been appearing and disappearing in their world, were held in massive, expensive institutions, and moreover - financing this institutions, in a world of scarce resources, is something to be considered, not ignored.
Prisons in California are not butterflies in Brazil, and their impact on our lives and wallets is much more direct than the connections in chaos theory. The sooner we understand that non-punitive cuts need to be made (albeit intelligently and after careful planning), the less we have to eat our future as a State, which relies on enough well-educated and skilled scientists, engineers, politicians, and, yes, lawyers.
Posted by Hadar Aviram at 12:58 PM

This is a sad time for California but there is hope yet. I think we have failed enough in our governing experiment to alter/destroy/run away from our state constitution.

My favorite part will be that to destroy the initiative process as we know it, we need to pass an initiative!

Well, one might ask whether we're ready to give up our rights to have a say in the budget. One would think the current crisis would be incentive enough, but since the recent propositions were not approved, perhaps we still have a ways to go.

The California Dept. of Corrections and Rehabilitation has not been doing it's job of rehabilitating anyway. I think the entire dept. needs to be revamped. Recidivism is a problem. People being released without proper attenion to what they will do when they get out. There is no system to help these people get jobs, healthcare, etc. Just an overworked parole staff (well, I don't really mean they are overworked, but they will lead you to believe they are as all government employees do)who don't do much other than put parolees back into the system for small nonsensical reasons, like going to someone's home that has a weapon in a safe. Straighten out the minds of the government workers. Make them accountaable. That's what needs to happen in this economy. Very few of the government workers would be able to hang in the "REAL" world of jobs.

The issue is not about parole staff, or even CDCR staff not working hard, they do work very hard. The problem is with the model/system within which they are working. As such they work hard not really achieving any results - as far as rehabilitation, mental health care, or reducing parolee recidivism.

Example, the parole system for mental health (parole outpatient clinics (POC) ) are operating on a completely outdated model of high case loads, with primarily office based clinicians (and, if I'm not mistaken with a three month time limit/quota for each parolee).

Innovative, proven outcome oriented models for mental health can easily be applied to POCs - but there is serious resistance to change at all levels of CDCR administration. This then leads to a very high cost paid for by taxpayers. But I agree that that CDCR is not doing their job, and that the entire department needs to be rewamped.

Unfortunately, internal criticism at CDCR is completely stifled, and employees who take the risk - are seriously retaliated against. As such, change within CDCR can really only come through outside public/political pressures.