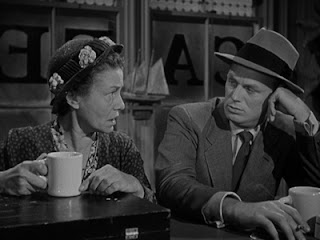 The commonly told story of American penology usually starts in the late sixties, highlighting a newly increased "tough-on-crime" ideology, and leading not only to determinate sentencing in the 1970s and 1980s, but also to the extremely punitive measures of the 1990s. Among those, we often mention the Three Strikes Law as the epitome of punitive legislation. While some, like Roger Matthews, argue that this increased punitiveness is largely a myth propagated by progressive realist accounts, it's difficult to argue against the realities of increased imprisonment rates.
Elsewhere, we suggested that the Three Strikes Law's impact on incarceration is a bit more subtle and complex than might seem, and it probably operates more as plea bargaining leverage than as a direct cause of overcrowding. Much of its evil comes from the absurd examples of injustice it propagates, as well as from its contribution to the aged and infirm prison population. At the time of its enactment, it was one of four alternative proposals, and the most draconian of the four.
Not many people know, however, that the concept of Three Strikes is not an invention of the 1990s. A couple of weeks ago, at the San Francisco Film Noir festival, I had a chance to see the dark and entertaining 1953 film Pickup on South Street, set in New York City. One bit of the dialogue caught my ear: the pickpocket, played by Richard Widmark, expresses concern about being caught shoplifting for the fourth time because he already has "three strikes" and will be sent away for life.
This issue plagued me for a couple of weeks, and so I spent a bit of my day researching. The law the Widmark character refers to is Baumes Law, enacted in New York City in 1926. Like the California 1994 version, the New York 1926 version was a habitual offender act imposing a life sentence for repeated felonies. And like our Three Strikes Law, the Baumes Law brought with it a set of injustices and absurdities, including the story of repeat shoplifter Ruth St. Clair (interestingly, Pickup on South Street also deals with shoplifting "strikes"). While the law was enacted to appease public punitivism, interesting developments followed. As Khalil Muhammad points out in this cool piece, "[b]y 1932, shortly after the Baumes Law passed, a ground swell of public and judicial outrage mounted against the law, resulting in it being 'liberalized' from a mandatory life to a minimum-15-years-to-life provision."
What does all this mean? First, it appears that there is nothing new under the sun. Some novel legislative ideas have already been pursued before, and we can learn from their implications and discontents. Second, perhaps punitivism, like legislative ideas, is cyclical. The public's taste for punitivism may decrease in time. And third, that sound and logical public opinion can turn back the wheels of the punitive machine.
Have an excellent long weekend.
Posted by Hadar Aviram at 6:40 PM

Good job picking up on that bit of dialogue. Nice to know there are other Turner Classic Movie fans ouot there.

Film Noir is very interesting for anyone into corrections or the criminal process, Ace. The depictions of justice are fascinating (and grim). One of these days we'll look at the transformations in the juvenile justice system and reflect on the image of the youth reformatory in Gun Crazy.