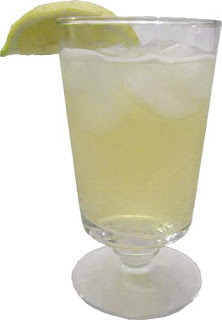 Today's Chron's print edition included a piece by C.W. Nevius providing data on the enforcement of street offenses in San Francisco. As debate proceeds on the sit/lie ordinance, which we discussed here and here, it is interesting to see how little difference it makes whether citizens are cited for various sidewalk offenses. According to the data in the story (to which we will link on Tuesday, when it goes online), only about 10 out of 330 fines for street citations issued this summer were actually paid in full. A large percentage of cases got dismissed, either through the regular channels or as part of a treatment plan with the Community Justice Center.

Nevius, apparently, is trying to make the point that the current municipal code is proving ineffective in regulating street behavior. However, I think the lesson to be learned from the data is quite the opposite. It appears that criminalization has not been a stellar answer to making out sidewalks more pleasant. And it appears that the citation recipients are not a good target audience for revenue enhancement.

Perhaps the answer to the problem lies in a mild version of Broken Windows Theory. As a broad zero-tolerance policy, leading to mass incarceration, it has hardly proven effective in controlling crime (my colleagues Bernard Harcourt and Jens Ludwig make a convincing argument to this effect). However, when limited to the issue of environmental maintenance and discouragement of disorder through grooming and beautifying public space, it may be the ticket to the reduction of street sidewalk unpleasantness.

As an aside, one of the protests designed to combat the new ordinance is a mass lemonade sale on city sidewalk this coming Saturday. As Emma Goldman would put it, a revolution without dancing (and lemonade sipping) is not a revolution worth having.
Posted by Hadar Aviram at 3:24 PM