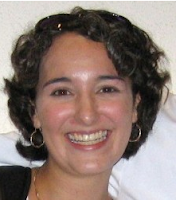 Yesterday's panel on the Pelican Bay hunger strike featured, among other speakers, the impressive and insightful Keramet Reiter, a PhD candidate at UC Berkeley whose dissertation examines the history and development of the supermax. Reiter's piece Parole, Snitch, or Die, is a concise history and thorough analysis of California's supermax prisons and their discontents. It makes for an excellent read and I can't recommend it enough. Using a combination of quantitative data and interviews with CDCR officials, Reiter lays out the process against which the inmates are protesting: the little-studied process of paroling through "snitching" and debriefing.

While, initially, at inception the idea behind the supermax was to handle prison violence by removing gang leaders from general population, this design has gone wrong. There is no evidence of a decline in violence as a result of using supermax incarceration and/or SHU units. Moreover, the isolation was never intended to become indefinite. However, Reiter's data suggests that "many supermax terms are indefinite, providing few ways out, and. . . the average term is longer than eighteen months at Pelican Bay." While the maximum lengths of stay in the SHU have declined between 2005 and 2007, the average length has steadily increased. 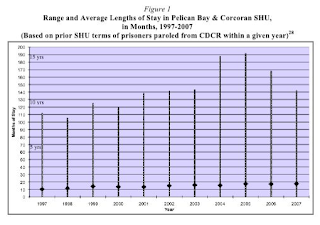 From its inception, Pelican Bay raised concerns that it would be excessively used. Today, inmates with gang ties are indefinitely assigned to the SHU units. The definition of gang membership is loose and vague, and therefore "the validation process is rather discretionary; any documentation of potentially illegal group activity could lead to gang validation." Disciplinary offenses, leading to definite terms at the SHU, can range from attempted murder to spitting on an officer.

Has lockup at the SHU reduced violence? Not necessarily, as the data suggests. In fact, comparing levels of violence in Pelican Bay and Corcoran with that of other high-security institutions without supermax units suggests that "the supermax units might actually be aggravating problems with violence."

There's a lot more in the piece and I recommend reading it in its entirety. We will continue reporting on the supermax, solitary confinement, and the strike, for the weeks to come.
Posted by Hadar Aviram at 2:01 PM