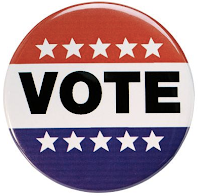 Today, several Californian civil rights organizations filed a new lawsuit with the First District Appellate Court, arguing against Secretary of State Deborah Bowen's policy of disenfranchising all felons, including those who, after realignment, serve time in jail.

And... CCC is involved! A group of criminal justice scholars, represented by yours truly, will be filing an amicus brief shortly in support of the lawsuit.

Here's what is going on: As some readers may know, Californians imprisoned in state institutions, or on parole, are disenfranchised, but jail inmates and probationers have a right to vote. The realignment, as we know, puts many formerly imprisoned felons in county jails, for part or all of their sentence.

The legal language gives the right to vote to all inmates who are not "imprisoned". Nonetheless, the California Secretary of State interprets the law as if the felons who will be doing time in jail should remain disenfranchised, and instructs the inmates accordingly. Several inmate rights organizations are now petitioning the Court of Appeals for an original writ, asking that voting rights be extended to everyone serving time in jail or on post-jail community supervision, whether felon or misdemeanant.

We are putting together an amicus brief on behalf of criminal justice scholars to support the petition. The main argument in the brief is that the Realignment was informed by a perspective of reentry and community-based corrections, and as such should encourage civic engagement. We also argue that jails, especially post-Realignment, are the ideal setting for encouraging reintegration through civic rights. The Realignment gives us the opportunity to make that argument on sound legal ground at least with regard to non-serious, non-violent, non-sexual offenders doing time in (or out on supervision from) county jails.

I will post the finished brief after filing. For now, here's a link to the petition.
Posted by Hadar Aviram at 8:46 PM

We will be following this with interest from Norway.

On a side note, Norwegian convicts keep all their citizen rights - and obligations - no matter what the basis for conviction is or how long time will be served in prison.

This is believed to be a fundamental criteria for success in reintroducing inmates to society upon release from prison.

The recidivism rate in Norway is at 20%, the lowest rate among the Nordic countries.