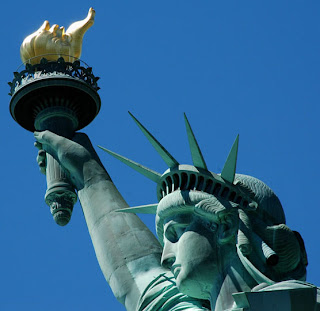 Robert Gangi's New York Times Op-Ed yesterday provides an interesting contrast to California's overcrowding. In New York, prison population has declined from 71,600 in 1999 to about 59,300 today, accompanied by a decline in crime rates. Gangi, who is Executive Director of the Correctional Association of New York, believes that further improvements are necessary:

For starters, state lawmakers could repeal the Rockefeller mandatory sentencing provisions that remain on the books. They could also increase the number of participants on work release. In 1994, more than 27,000 people were in this time-tested program that helps them manage the transition back to their communities. Today, about 2,500 are enrolled.

In addition, the state could reduce the number of people — last year, more than 9,000 — who are returned to prison for technical parole violations like missing a meeting with an officer or breaking curfew. Most experts agree that for about half of these people it would be safer and smarter to enroll them in re-entry programs or provide more supervision. Also, more prisoners with good institutional records could be given parole. And eligibility for so-called merit time, which reduces prison terms for inmates who complete educational and other programs, could be expanded to people convicted of violent offenses many years ago.

Taken together, these actions could cut the state’s prison rolls by 5,000 to 10,000 more, enabling the governor and the legislature to close at least four prisons the size of Attica, which holds 2,100 inmates, or a greater number of smaller facilities.

The Rockefeller Drug Laws, which the Correctional Association protests, were enacted in 1973 and included harsh minimum sentences for drug offenses, including non-violent possession. After decades of this problematic regime, a current 2009 reform is rolling back some of its effects, including cancellation of minimum sentencing, an expansion of therapeutic options, and, interestingly, allowing retroactive resentencing of drug offenders. This unusual step stems from the 2005 conversion of certain drug offenses from class "B" offenses, which in NY require indeterminate sentences, to lower class offenses. Offenders sentenced before this change will be able to petition the judge and be resentenced, a possibility that will affect 1,500 current inmates.

These are bold steps, and one can only guess what we would be able to accomplish were our processes and priorities similar to the ones of the New York legislature.