Are We Focusing on Black Males? 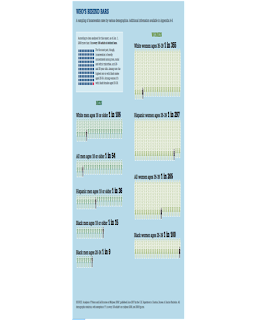 The diagram on the left, taken from the Pew Center on the States' report on incarceration, breaks down the prison population by race. The results are rather startling, though by no means surprising to anyone following the crisis. What is interesting, though, is the fact that the data has propelled many critical thinkers to address the racial disparities, and not very many to examine the gender disparities.

It is a sobering statistic that one in nine black men aged 18-24 is in prison. And much energy has gone into explicating such disparities in a supposedly post-racial era. Some of the explanations have to do with criminalization and police control, and some offer cultural explanations; this book, which I haven't read yet (but I will!) seems like it would make an interesting read. This Chron piece from 2007, which is the first reading on my criminology syllabus, is a classic example of the mix of explanations our society offers for these stark racial disparities. One of the most interesting thing about it is observing how professionals make meaning of the connection between race and gang culture: cops mention a lack of morality and values, social workers mention the lack of father figures, some inmates tell of powerful socialization mechanisms. It is a fascinating topic that has received plenty of attention.

This self-identification of the African American community with the incarceration experience may have some seriously unsalubrious effects toward black women as well, says L'Heureux Lewis, assistant professor of sociology at the CUNY. In this NPR interview, he talks about black male privilege, especially vis-a-vis black women, and at the expense of victimization discourse. Black men's experience of racism and oppression, says Lewis, absolves them from the responsibility of supporting and respecting black women, and leads to irresponsible fatherhood and deplorable dating practices on the part of those who "survived the crisis" and managed to reach adulthood without having been to prison. In the interview, he mentions a sexual assault case on campus, in which popular discourse centered on the criminalization of black men rather than on the need to support the victims.

MARTIN: Whats driving this, in your view? Is it their idea that group solidarity is so important in the African-American community, somehow the community has made a decision that when theres an issue involving black men and black women that black men are to be favored?

Prof. LEWIS: I think youve unfortunately identified one of the central issues of black male privilege. So often, black men are used to being under attacked that when it comes to being accountable for the actions we may have, we quickly say, well, I couldnt possibly be doing anything wrong. Look at all the ways in which Im oppressed. Look at all the ways in which Im at the bottom of the barrel. What that does is rob us of an opportunity to actually build stronger community and it robs black men of a chance to actually take hold of the actions that they have so that we can empower the community.

Where to go from here? I don't know. It seems that any anti-punitivist sentiments stemming from humonetarianism don't really address the racial disparity problem at a deep level. Blame games and debates about responsibility for the disparities seem unproductive. There has to be a way to generate better, forward-looking discourse about this, as well as about re-entry programs tailored for the needs of specific communities.

I guess this qualifies as the ultimate "riddle wrapped in a mystery inside an enigma" of American criminal law, one that, as the Anderson piece pointed out, may have been in the offing for us since de Tocqueville's time.

I was reminded of a quote by Lionel Tiger, the anthropologist, who wrote that one of the most difficult tasks for any social system is figuring out what to do with its young males. A lot of social energy and activity does seem in most societies to get put to that particular question (through sports, the military, the skilled trades, civic organizations like Scouting, hell maybe even video games) and I believe that a significant challenge faced by young men (and I will be shockingly essentialist here and say one faced with much more direct and immediate consequences by young men than by young women) is how to successfully manage constant competition for social position against other young men.

A functional social structure allows older, wiser, more experienced and responsible men who are capable of commanding respect to teach younger men how to do this through structures that sublimate competition and teach discipline and respect through clear and well-organized roles and rules. A dysfunctional social structure, say, one in which a significant proportion of older men are dead, incarcerated, or otherwise absent; the skilled trades have been devalorized; public support of civic organizations has waned; and sports have come to be seen primarily as a route to individual wealth and glory for a privileged few rather than a means to teach shared sacrifice and achievement to many; seems to leave this task to the lowest common denominators of peer groups or not-so-responsible men.

Thanks for that thoughtful comment, Tom. The energy thing certainly explains the age and gender aspect of the story, but it doesn't explain the race part. I wonder whether the cost-related nonpunitive sentiments will do anything to alleviate the racial disparity, and very much suspect they won't.