"In the criminal justice system, the people are represented by two separate yet equally important groups: the police who investigate crime and the district attorneys who prosecute the offenders. These are their stories." 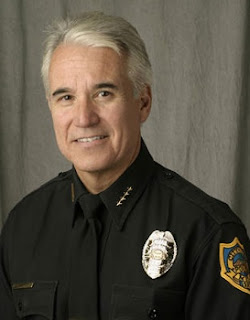 Lt. Government Elect Gavin Newsom's choice, in the last days of his mayoral tenure, to appoint George Gascón as San Francisco D.A., was described by the Chronicle as a "bold move". The article, however, focuses on Gascón's personal qualities, rather than on an institutional "leap" he will have to perform. Policing and prosecuting, while traditionally on the same side of the adversarial field, are very different occupations, and they require different skills. The prosecutorial realm extends over charging and trial, and while police may be involved in such matters, their traditional realm is that of the investigative phase. Prosecutors are a systemic check over police investigatory practices, by way of incorporating decisions about constitutional violations into their decision whether to charge. This implies a requirement of nonpartisan consideration on the part of prosecutors. Of course, realistically, the relationship between prosecutors and police officers is much more complicated (for some insights on that, check out this Jefferson Institute publication). But it will require a certain shift in thinking. This will certainly change what the SF Weekly Snitch has referred to as a "long history of tension and soured relations" between the prosecution and the police in San Francisco.

Granted, there are some trends in both occupations that make them similar. Both are undergoing continuous change and a redefining of priorities and tasks. Community policing, a set of policies designed to help police be proactive and address community needs, now has a counterpart in the shape of community prosecuting. Both policies aim at transcending the traditional mode of law enforcement by being sensitive to residents' needs, such as addressing quality of life crimes, something in which Gascón has gained some experience while policing the Tenderloin. And police officers are increasingly more attentive to matters traditionally reserved for other actors in the system, such as reentry and rehabilitation.

It will be interesting to follow up and see what insights Gascón has gained in policing and will bring with him to the prosecutorial office.
Posted by Hadar Aviram at 8:49 AM