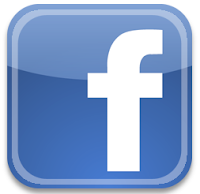 The California Department of Corrections and Rehabilitation (CDCR) today announced it has begun reporting Facebook accounts set up and monitored by prison inmates to the Facebook Security Department.


Facebook accounts set up and/or monitored on behalf of an inmate will be removed, as it is a violation of Facebook’s user policies.


Over the past few years CDCR has seen a massive influx in the number of cell phones being used by prisoners. In 2006, correctional officers confiscated 261 devices, while in the first six months of this year, more than 7,284 were confiscated.

This brings up a few interesting issues. First, it's a good reminder that the categories "inmate" and "non-inmate" are not insular. In a reality in which 1 in 100 citizens does a stint in prison during his or her lifetime, it is very probable that said person, like the rest of us, will have a Facebook account and online friends. The account can, of course, be used for both social and nefarious reasons. Naturally, the CDCR story highlights the nefarious examples; but one can imagine that, for the most part, Facebook is used by lonely folks to find some human connection, either with the friends they have or with friends they hope to make. These links may only work for those of you with Facebook accounts, but here's an Ohio service to find pen pals for inmates. This one seems to have a matchmaking/hooking up angle. Inmates seem to be looking for the same things non-inmates are looking for on Facebook: Friends, drama, romance, sex, contact with family... this is not very surprising, is it?

There are also enforcement difficulties. The authenticity of establishing whether the account "had been used while in the facility" may be challenging. A family member may log on in the name of an inmate to provide information and maintain the inmate's connection with friends and relatives. Several campaigns on behalf of inmates, such as the campaign to save Troy Davis from a wrongful execution, feature said inmates' pictures.

In addition, there is a slippery slope risk. The CDCR story highlights the concern of a mother whose daughter is being stalked by a sex offender within walls. Are parolees' Facebook pages monitored?

Maybe CDCR should deal with the real problem here, the COs and free staff bringing in the cell phones...
Most people have blocks on their facebook accounts only allowing people user knows to access their facebook page.