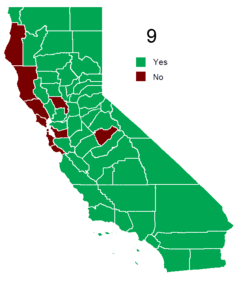 More news on several controversial portions of Prop 9, which we discussed here in the past. As our gentle readers may recall, Prop 9 put into legislation more victim involvement in the criminal justice system, including parole hearings. While some of this was not news - and in several counties, at least, was common practice before the passage of Prop 9 - this is the aspect that was prominently displayed on the supporters' website. However, Prop 9 also included punitive provisions: lengthening parole procedures as well as limiting the right to counsel in parole revocation hearings for indigent defendants.

Yesterday, Judge Karlton invalidated the portions of Prop 9 that infringe on parolees' rights, particularly the restrictions on the right to counsel, due to a contradiction with a permanent injunction, reached as a consent decree, in 1994 following litigation regarding parolees' rights. The Sac Bee reports:

In the parolees' 1994 lawsuit, Karlton found the state's existing procedures were in violation of the 14th Amendment's due process guarantee. His resulting permanent injunction was ratified by the state and is legally construed as a consent decree.

"To the extent that Proposition 9 conflicts with the permanent injunction, the former may not be enforced," Karlton said in Thursday's 34-page published opinion, which cited the supremacy clause of the U.S. Constitution.

The Constitution defines itself as the "supreme law of the land, and its judiciary supreme in construing what the law is," the judge declared.

"The state's action is not given special deference by virtue of having occurred through the initiative process," he added.

Interestingly, the debate about Prop 9 has, yet again, been framed in terms of money. The Chron cites some of the arguments:

"Especially now, we cannot afford to be spending tens of millions of dollars on unnecessary privileges for convicted felons," said Nina Salarno Ashford, representing Crime Victims United of California. She urged the state to appeal the ruling "to defend the will of California voters, and the pocketbooks of California taxpayers."

Indeed. Because, what would get us talking about victim rights and due process for parolees, if not our pocketbooks?
Posted by Hadar Aviram at 7:07 AM

The cost are 75% if not more in prison personnel cost.All the so-called monies are not spent on these inaffective program's for inmate's.