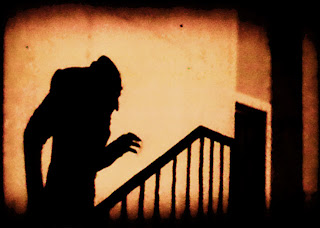 This story comes in a bit too late for Halloween, but I think it merits some reflection. The CDCR parole department conducted a special operation on Halloween, called "Operation Boo".

The plan, according to the CDCR, was for parole officers to make sure all sex offenders spend Halloween with their lights out and their doors locked. The reason, according to Tom Hoffman, CDCR Director of Parole, is to "ensure kids are free to have fun without added worries about potential predators and that communities are safe from potential contacts with sex offenders".

I should probably mention that CA is not the only state to have taken such measures. ABC news report similar measures taken in New York, New Jersey, and Ohio, where parole departments sometimes even require all sex offenders to be present for a special counseling program on Halloween night to make sure they are not on the street. Here's another interesting report from Rochester.

Given the recent emphasis on creating fact-based parole proceedings, one would expect some factual basis for these broad operations; I have searched the internet for statistics on sex offenses related to Halloween trick-or-treating and have yet to find one such incident. In fact, the only isolated violent Halloween incident I managed to find from recent years was this tragedy in South Carolina, which had nothing whatsoever to do with sex offenders (note, though, the fact that the shooter is described as an ex-felon in the headline).

Moreover, and contrary to public opinion, sex offender recidivism is actually quite low. The Bureau of Justice Statistics reports a 5.3% recidivism rate, and that statistic does not distinguish between child abuse and such things as public exposure or statutory rape. Also, as Chrysanthi Leon, from University of Delaware, has found, punitive measures against sex offenders in California have risen with no connection to actual sex offense rates.

Parental concern on Halloween, while not entirely justified by the facts, is nevertheless understandable. But there is something else at operation here. Halloween is by nature a holiday that makes the veil between our daily lives and their dark side particularly thin. Its Pagan origins can be traced to seasonal memorials of the dead, both in Celtic culture and, as we know, in the widely observed Latin American Dia de los Muertos. As such, it has always been a magnet for dark myths, such as the infamous poisoned candy myths. As the Chicago Tribune explains, these stem from a very small number of incidents, which were, for the most part, committed by relatives of the children. Incidentally, this is similar to the heightened concern about sexual assaults committed by strangers, when most rapes are in fact committed by a person known to the victim. 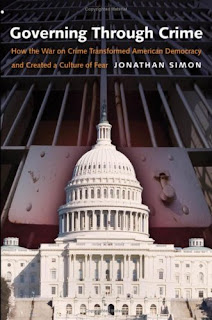 So, the Halloween policies regarding sex offenders could be the combined product of two powerful cultural narratives: the Halloween mythology and our communities' fears and concerns about sex offenses, which have not followed factual evidence, but which cannot be discounted. Fear of crime is a very real phenomenon, and in recent years has proven to be a very powerful narrative driving policies that extend much beyond law enforcement. For more on that, I strongly recommend Jonathan Simon's recent, and excellent, Governing Through Crime, and his fabulous blog.

It is, of course, also difficult to discount the trauma and horrors of victimization. For those looking for a more emotional - possibly even visceral - understanding of the complexities of these multi-sided dynamics, I've recently seen the magnificent, and masterfully acted, 2006 movie Little Children, based on Tom Perrotta's excellent book, which provides some frameworks for understanding the multiple perspectives on sex offender release. My intention in this post is not to argue that these horrors do not exist; I would, however, like us to be more aware of the power of cultural myth and of the differences between facts and fear.
Posted by Hadar Aviram at 6:32 AM