Parole: An Overview, and a Personal Story 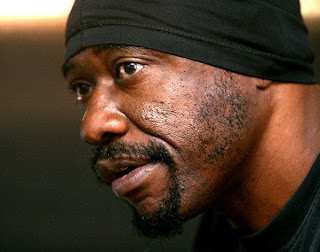 One of these articles discusses the impact of a constantly growing parolee population on the ability of parole officers to supervise - and rehabilitate - their clients successfully:

This is California's parole system, an overworked, underfunded system that is ill-equipped to deal with a crushing caseload of former prisoners who leave prison with a meager $200 allowance to feed, clothe and house themselves.

It's a caseload that stands to get much worse if a panel of federal judges conducting a trial in San Francisco to address overcrowding orders the early release of nearly 40,000 men and women now behind bars to ease prison overcrowding.

"California's parole population is now so large and its parole agents so overburdened that parolees who represent a serious public safety threat are not watched closely and those who wish to go straight cannot get the help they need," said a federally funded report released last month by three experts on the criminal justice system.

Interestingly, the article sees imprisonment and parole as inversely impacting each other. Naturally, the ecology of imprisonment, release, and reimprisonment, is something that merits attention; but is the problem really the growing rate of release, and if so, is the solution for parole officers' caseload simply to release less people? Curious to hear your thoughts.

Another piece recounts the optimistic story of George Loving, a parolee who managed a group home in Vista. Among other things, he says:

"I didn't think I was ever gonna change. I was either gonna die on the streets or die in prison. I didn't grow up with a whole lot of schooling, so I basically only knew one thing: how to steal. I really didn't know nothing else.

"You know, the (parole) department can make all the changes they want, but if you're not ready to change, it really doesn't matter. And then a lot of us don't be ready to change. And when you basically been spending your life out and in, out and in, you don't have no education and all that, you only really know that one way. A lot of people, you get my age and you don't wanna be talking about going back to school and all that. So you just, like, feel hopeless, like maybe this is all I will ever do.

"And then I took a few programs in prison. After sitting there and listening to people tell their stories, I'd sit back and be thinking, 'Damn, I did some (stuff) like that,' and 'Damn, am I that (messed) up and don't know about it?' The programs have a lot to do with me wanting to change, because I thought that there was nothing wrong with me. But there was a whole lot wrong with me.

"This job (at a sheet metal company) don't pay a whole lot of money, but it beats 10 cents an hour or whatever I was getting in prison.

"I just feel good where I'm out now. Sometimes I think about what took me so long to realize that it's actually not hard to do that right thing. You know, and I really don't even get all them old thoughts of doing this and doing that no more, you know. Life has just been good. Just living it the best I can."