The “Othering” of Crime: A Call for Empathy in Corrections Policies 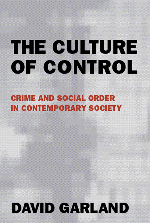 In his 2001 book The Culture of Control, David Garland tries to make sense of the many contradictions in current criminal justice policy. As part of his “history of the present”, he argues that we seem to have somewhat of a split personality, believing simultaneously in two narratives: the “criminologies of the self” and the “criminologies of the other”. On one hand, we buy into a narrative that tells us that crime is a phenomenon that affects “others” – the underclass, minorities, drug fiends – and on the other hand, we are very involved in situational crime prevention and avoidance, crafting preventive strategies based on the premise that criminals are “just like us”, that is, rational, free agents, who need to be correctly incentivized in order for deterrence to work.

I have been reflecting on Garland’s analysis for a long time, and today it spoke volumes to me, when I tried to make sense of some of the great contradictions of the latest election results; on one hand, a presidential choice that promises a dramatic paradigm change, and on the other hand, the passage of Prop 8, the passage of Prop 9, and the rejection of Prop 5. What really drove things home for me was not just Garland’s terminology, but also reading these powerful words on this very blog this morning:

I was always under the impression that prison was something that happened to other people. Bad people, that did bad things; not people like me. When members of our social milieu had problems with the law, it was almost always of the sort that could be dealt with via payments and, when someone did on occasion end up in jail, it was only spoken of by adults in hushed tones and treated as some sort of mistake or aberration. All the way through my early twenties, even once I should have known better, prison just seemed like somebody else's problem.

In many ways – and this may be surprising for some – I have come to see the rejection of Prop 5 and the passage of Prop 9 as the product of the same sort of social disconnect that produced the passage of Prop 8. Granted, Prop 8 is mostly a product of religious zealotry, while Prop 9 is more a product of fear; but both religion and fear have acted in this election as convenient vehicles for lack of empathy, and of separation from others. Indeed, the shared philosophy seems to be that others’ plight does not affect “us”, except in a way that harms us; that the only way to appropriate some of our limited resources is at the expense of someone else; that if the “other” is granted a right, or a window of hope, I am consequently deprived of something meaningful. That regardless of fact and empirical evidence, if the “other” leaves one of California’s correctional facilities, I and the likes of me are put in danger. That if the “other” gets drug relief unaccompanied by a conviction and imprisonment, I and the likes of me lose resources. And, yes, that if the “other” gets married, my marriage becomes less stable, and my children are at peril.

My concern is that, in our worry and our fear about the dangers of the “other”, we have created an impermeable and false boundary between “us” and “them”, whoever we take “them” to be. And it speaks volumes about the sense of alienation and partisanship that many have felt for a long time.

To those Americans whose support I have yet to earn -- I may not have won your vote, but I hear your voices, I need your help, and I will be your president too.

Let us hope that this sort of empathy, which transcends political, economic and religious boundaries, will reflect itself in how we treat one another and in our willingness to hear each other’s voices in the years to come. Let us hope that we will not be deaf to the plight of addicts - even when they fall off the wagon once, and perhaps even twice - as well as to the no less real plight of victims; to the happiness and support of families of all kinds and sorts; to the converted, overcrowded gym at San Quentin as we sleep in our comfortable beds. Let us hope that we can open our eyes, ears, and hearts, to acknowledge that, really, there is no “other”. Can we?
Posted by Hadar Aviram at 10:00 PM