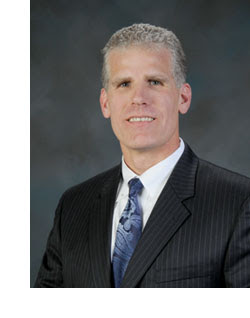 While no one is happy to be in the position of discussing a $1.2 billion reduction in the corrections budget, the Administration has developed a proposal in coordination with local law enforcement that is smart on crime, cuts prison populations, and saves taxpayer dollars. It is our hope that this reasonable and measured package can allow us to achieve our budget cut targets, without the early release that the public has feared.

Cate's proposal includes a reduction in the reincarceration of parole violations (a 5,300 reduction in prison population); using GPS monitoring as a prison alternative for low-risk offenders; adjusting property crime thresholds; moving undocumented immigrants to the hands of the Feds; providing good behavior credits for early release; and taking several administrative measures to save money. All in all, the proposal does not differ much from the Governor's proposal; the magical words "inmate release" aren't there, but there are a variety of release equivalents, packaged in a way that makes them easier to digest.