Skimping on Corrections? How They Do It in Texas 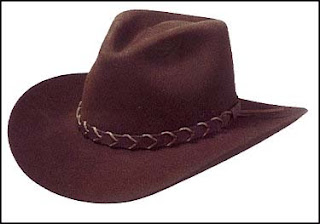 Prompted by our posts about the current dilemmas we face regarding the $1.2 billion cuts, and particularly Matthew Cate's recommendations, there's a thoughtful and interesting post this morning from our pals at Grits for Breakfast. Here's what Texas has tried to do to reduce its inmate population, and how well it has worked:
Texas pursued some of these same strategies in recent years to reduce its prison growth rate, a result achieved primarily by reducing the number of probation revocations. That was done through greater use of "progressive sanctions" and intermediate penalties for those who violate terms of supervision instead of sending them straight to prison. Secretary Cate's proposal would apply that tactic to both probation parole. Key to making it work, though, to judge by Texas' experience, will be boosting supervision resources, either by spending more money to supervise offenders in the community or reducing the length of supervision so officers are watching fewer people. That tactic will surely save money compared to sending the same folks to prison, but as a practical matter it will require additional investments to strengthen community supervision.

Adjusting the property crime thresholds is a strategy Texas has not yet pursued but which is probably justified here as much as in the Golden State. In Texas, theft reaches felony thresholds when "the value of the property stolen is $1,500 or more but less than $20,000," so the same tactic could be applied here and would also reduce the number of new prison entrants. The $1,500 level was set in 1993 when the "state jail felony" category was created (essentially a fourth degree felony), and it's never been adjusted for inflation.
Posted by Hadar Aviram at 1:00 PM