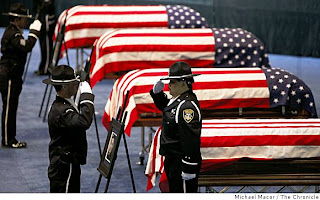 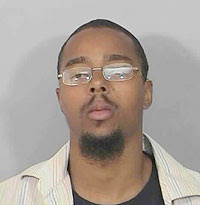 The Office of the Inspector General has led an inquiry into the proceedings carried by CDCR regarding Lovelle Mixon's parole supervision. The conclusion? The parole agents, and everyone else involved, followed department policies and procedures. Here's the gist of the review, from Undersecretary of Operations Scott Kernan (CDCR story is here and the full report, addressed to Secretary Cate, is here): 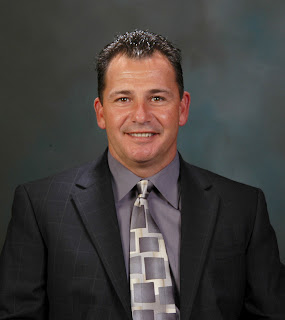 “The Inspector General’s conclusions confirm the results of our immediate internal review of the handling of Lovelle Mixon’s parolee supervision records. Our parole agents followed all appropriate supervision, drug testing, and even job assistance protocols when dealing with Mixon, who was classified as a high-control parolee. When Mixon absconded from parole supervision, he was promptly listed as a Parolee-at-Large and search procedures were activated. Local law enforcement agencies were notified and engaged in the attempts to arrest him, and our Fuguitive Apprehension Team laid out a plan to search suspected locations – even notifying the U.S. Marshals on a lead that he may have fled the state".

Given this modus operandi, what can we say about this senseless tragedy? It is not unlikely that this horrible event is an isolated incident, stemming from individual pathology. But perhaps it also says something much broader about our parole policies and their potential to drive people to commit desperate, heinous acts. I found much of the discourse in the last few days remarkably unhelpful, whether it included racist epithets, super-punitive rage, or venomous anti-police messages. If there is a bigger lesson to be learned from this, let's try and learn it on behalf of the parolees who struggle to stay on the straight and narrow; and let's think about reframing parole as a reentry tool, performing aggressive supervision only when appropriate. I believe Evelyn Lara-Lowe, who at our conference last week said that the CDCR has no vested interest in bringing people back into prison; how do we retool parole proceedings and instruments to become a vehicle of hope, rather than desperation?
Posted by Hadar Aviram at 7:18 AM

Email ThisBlogThis!Share to TwitterShare to FacebookShare to Pinterest
Labels: parole