What Works? A Search for Evidence-Based Corrections 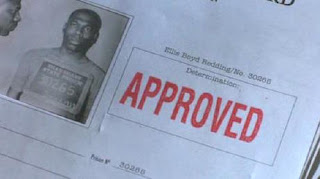 In 1974, the world of corrections was quite different from the grim realities we have been discussing here over the last few months. The sentencing system was indeterminate, and the release date of inmates was mostly in the hands of the parole board. Those who grew up with the determinate system adopted in the late 1970s and early 1980s may recall the depiction of this system in The Shawshank Redemption.
Since sentencing was seen as an individualized, offender-based enterprise (as opposed to the administration of guilt, which was based on  completion of the elements of the offense), the main criterion for release was "rehabilitation", that is, establishing that the inmate had been reformed and was no longer a threat to public safety. Prisons had a variety of rehabilitative programs, though many of these, as depicted in the movie, were farcical fronts for the economic enterprise. The move to a system relying on determinate sentences, giving prosecutors and legislators more power than judges and parole boards, was the outcome of a new discourse, which (among other things) discredited the rehabilitative value of prison programs.
This discourse was impacted in a major day by Robert Martinson's meta-study What Works? Questions and Answers About Prison Reform, which was published on The Public Interest. In the study, Martinson examined the recidivism rates of 600 prison programs, as examined by other studies, and came to the conclusion that there is --

very little reason to hope that we have in fact found a sure way for reducing recidivism through rehabilitation. This is not to say that we did not find instances of success or partial success; it is only to say that these instances have been isolated, producing no clear pattern to indicate the efficacy of any particular method of treatment.

Martinson's results, later confirmed by a review by a National Academy of Science panel, were devastating to the rehabilitative enterprise, and lent scientific credibility to the critique against indeterminate sentencing. While later studies have criticized some of Martinson's methodology, Martinson provided an invaluable service to us all. As David Farabee argues, there was a broader lesson in all this, which is not different in essence from the important words Harold Atkins said in our opening panel: it is not enough to come up with a rehabilitative program. We have to know that it works.
Newer works in the last few years have come to more optimistic conclusions about rehabilitative programs in prison. Check out, for example, Rick Sarre's excellent conference paper, pointing to newer meta-studies that found more programs that 'work'. However, we have to keep in mind, as Doris MacKenzie reminds us, that these programs differ greatly from each other in terms of their underlying philosophies (boot camps are different from drug courts!), and some of them are more suitable than others for certain types of crimes or groups of offenders.
If Jim Webb's efforts to create a criminal justice commission, or the important work done in places like the Center for Evidence-Based Corrections, come to fruition, one important question it will have to answer is, how do we measure what works? What indexes of success might we have beyond recidivism measures? And, are we to stick to one penological philosophy, or are we willing to accept that different things "work" for different people? what do you think?
Posted by Hadar Aviram at 3:42 PM

Rehabilitation is a strategy, one of several correctional strategies. Of course, each strategy has an objective, which becomes the criterion for measuring its success. Traditionally, the criterion for judging the success of rehabilitation has been recidivism. But this is a very crude measure. For example, is it a failure when an offender recidivates, but the seriousness and frequency of his/her crimes have been reduced? Of course, the answer is somewhat yes, and somewhat no.

Clearly a more sophisticated approach is need. Two objectives are associated with the fact that a person is a criminal offender who has a significant risk of committing another crime. First, the State must control that risk by incapacitating the offender. Secondly, the State should try to reduce that risk through rehabilitation, when and if that course of action would be cost-effective. Obviously, if the risk is low it is not cost-effective to place the offender in a Behavior Change Program. Also, when there is little chance that it would be successful, it would not be cost-effective.

The point I want to make is that these two objectives deal with risk, not recidivism. Risk should be measured in increments. High levels of risk warrant high levels of restraint, and vice versa. To make this possible, a graded deprivation system should be employed, not the traditional in-or-out approach associated with the ”Institution-Parole” Correction Model.

Which is another reason why our ability to assess risk needs to be much more sophisticated than it is now, Tom. It's easy to fall back on "stranger danger" when we don't know much about assessing incremental risk. That should certainly be a goal.

The increments I am talking about are probability categories; e.g., 70 to 80 percent probability of committing another crime, or crime of a particular kind.