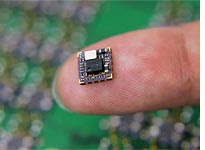 Violators of domestic violence protective orders are increasingly subjected to GPS monitoring in several States, as reported by the NY Times and by the Chronicle. Implementing such legislation in CA, as opposed to Illinois and Texas, is somewhat of a challenge. The Chron elaborates:

Without GPS, police have been lax to follow up on complaints that partners are ignoring protective orders, said Tara Shabazz, executive director of the California Partnership to End Domestic Violence.

However, Shabazz and her organization oppose California's proposed GPS legislation because it would require the state to order GPS tracking for an offender without providing details on how to implement it.

In California, the cash-strapped government can't pay for the program, said Alexis Moore, the president and founder of Survivors in Action, a California-based advocacy group. Similarly in Texas, no money was appropriated for GPS implementation.
Given our financial situation, relatively inexpensive alternatives to incarceration or confinement can and should be considered, which does not mean we should not examine such technologies with a critical eye. How is the GPS system managed and monitored? And, should we rely on it to the exclusion of community programs to treat abusive partners, of which we have several in CA?
Posted by Hadar Aviram at 12:49 AM

I wonder if anyone in authority will have the guts to admit that GPS monitoring of most released sex offenders (who have a markedly LOW recidivism rate) is a major impediment to implementing a monitoring program for domestic violence offenders (both economically and because DVOs will get lost in the sea of chipped people)?

You may say that this is not an either/or proposition and, if the state's economy wasn't in total freefall I might agree, but the budget crisis is going to force us to make cuts somewhere. Let's make them based on logic, not emotion.

This is particularly important to keep in mind, since domestic violence, as a situation, tends to be recidivized. Good comment, Zot.