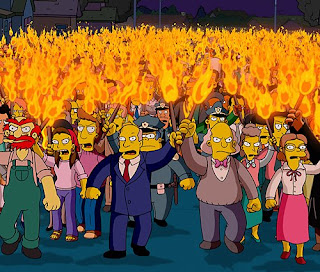 A key assumption underlying the discourse of correctional policies has been that the ever-increasing sentences, changes in trial structure, and criminalization, represent the will of the public. This is a particularly strong argument in the case of California, since a substantial amount of our correctional reforms occur through voter initiatives. It's probably time to ask ourselves whether the assumption that Californians are punitive, and desire these reforms, is true.

On its face, the assumption seems to be supported by some anecdotal evidence. In the last elections, Californians passed Proposition 9, which, in addition to strengthening the victim's position in the criminal process, worsens the inmate's position in parole hearings (by increasing pre-parole imprisonment periods and diminishing the scope of the right to counsel); while these particular provisions have not been incorporated yet into law, through Judge Karlton's intervention, they were still elected as "the will of the people". They also rejected Proposition 5, which promised drug treatment and various diversion options for non-violent drug offenders. Anecdotal evidence also seems to support an assumption of punitiveness; it is enough to glance at the comments at SFGate.com to be confronted with anger about crime, which translates itself into demands for more punitiveness. But is this really true? How does one systematically measure punitiveness? And, more importantly, how do we differentiate between public punitiveness and the initiative of lobbyists, interest groups, and politicians?

The first thing to ask ourselves is whether this is, indeed, a particularly punitive period in our history. While many influential thinkers, such as David Garland, Stanley Cohen, and Jonathan Simon, characterize our times as being increasingly punitive, others disagree. As Roger Matthews reminds us, there also have been examples to the contrary. Think, in the California context, of the recent developments regarding the possibility of decriminalizing marijuana, or on the considerations of incarceration options.

The next step is trying to figure out whether people are particularly punitive, and if so, which factors predict punitiveness. We don't know much about the punitiveness of Californians in particular, but research conducted elsewhere in the States and in the world suggests that public punitiveness is an empirically complex issue.

Shadd Maruna and Anna King, who conducted a survey on the British public, found that factors such as concerns about the economy and the state of ‘the youth today’ account for a substantial proportion of the effect of actual crime concerns on punitiveness. On the other hand, crime-related factors, such as victimization experiences or anxieties about crime did not appear to predict punitiveness. Similar trends, connecting punitiveness with strong emotions or sentiments, were found by Devon Johnson, who used U.S. national survey data. Her work shows that anger about crime is a signiﬁcant predictor of punitive attitudes, after controlling for other factors such as racial prejudice, fear of crime, causal attributions for criminal behavior, and political ideology. Similarly, in a national survey study, Sherwood Zimmerman, David van Alstyne and Christopher Dunn found considerably punitive trends; they then compared the hypothetical outcomes to a recent conviction cohort from New York State, and found that, had the public's will been faithfully applied to actual convictions, the additional correctional costs would have been very high.

Emotion-driven opinions about punishment are, of course, particularly strong regarding issues like the death penalty. Mona Lynch's study of pro-death penalty discourse on the internet finds that the death penalty is framed as a symbol of justice, a triumph of sorts of the good (the innocent victim) and the evil (the capital murderer). This essentialist perspective eliminates all consideration of costs, let along empathy for the offender.

Some studies, however, have found less punitive outcomes, particularly by tweaking the methodology of punitiveness surveys. Douglas Thomson and Anthony Ragona have critiqued standard punitiveness surveys, arguing that these generally do not ask respondents to consider contingencies such as offense circumstances, behavioral content of various sentences, or fiscal cost differentials. This means that the public will necessarily appear to be more punitive than judges, because they are not faced with the full spectrum of judicial considerations, nor are they offered information about the relative fiscal costs of current and alternative sentencing practices. Thomson and Ragona, who conducted an Illinois survey incorporating issues of costs found that, on several dimensions, the public turned out to be less vengeful than typically portrayed in public opinion poll and media accounts, notably in its openness to community sentences. I find this information particularly interesting, because it suggests, in the spirit of humonetarianism, that a discourse of scarcity has the potential to decrease public punitiveness. It is useful, in this context, to remember the rejection of Proposition 6, which suggested extremely punitive measures against juveniles and gang members; Prop 6 was mostly attacked for its high financial costs.

Neville Blampied and Elizabeth Kahan, who conducted a survey study in New Zealand, found creativity and openness to alternative punishments among community members asked about responses to juvenile noncompliance. The outcomes here may have been less punitive because of the case study, but they may also reflect cultural differences between the U.S. and New Zealand, which has been very open to juvenile justice reforms, and uses family group conferences almost to the exclusion of juvenile courts.

The last important question is whether public punitiveness - if, indeed, it exists - is the reason for punitive policies. As Katherine Beckett argues in her beautiful book Making Crime Pay: Law and Order in Contemporary American Politics, these policies do not originate with the public. She carefully timelines punitive initiatives, demonstrating how public opinion is being swayed by politicians and the media. In states like California, where much public policy is made directly by the public, it is important to examine who stands behind punitive initiatives and how these campaigns are being run.
Posted by Hadar Aviram at 6:46 AM

This tells us that the problem should be framed in all of these ways, and that the State should respond accordingly.

I think some of the research really nails it, Anonymous. If folks are given the full set of considerations, they're likely to take more into account when thinking policy, rather than responding from the gut.